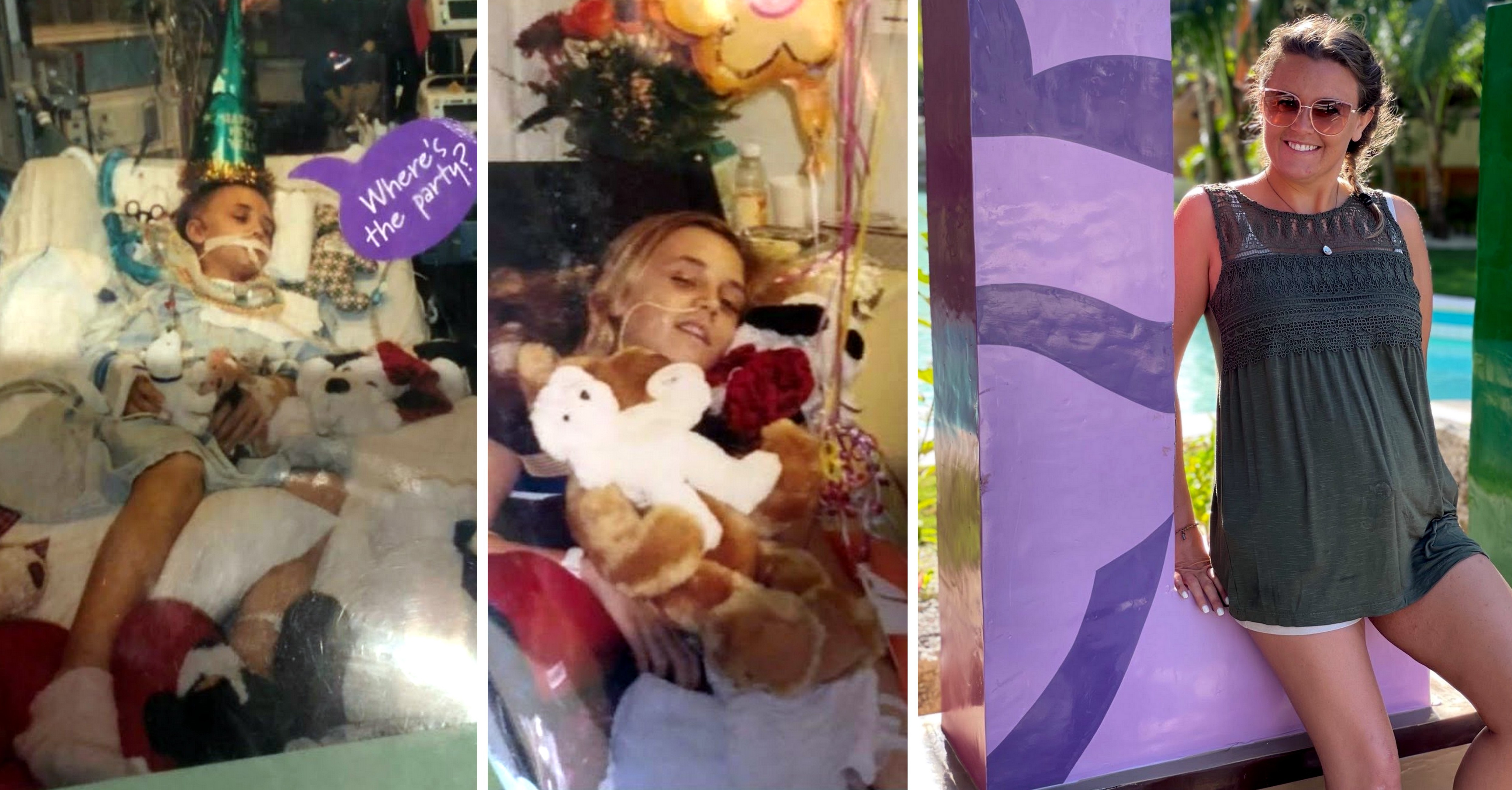 As life enrichment assistant, Lindsay Brown’s goal is to ensure that every resident at Farmington Presbyterian Manor is living their best possible life—a goal she has been striving for in her own life following a tragic accident 17 years ago this month.

“When I was 10-years-old, I was sledding in my friend’s neighborhood on a piece of plywood behind a four-wheeler when we made a sharp turn and I rolled off and struck my head on a porch. Unknowingly at the time, I had fractured my skull, which then started a slow, progressing brain bleed. The hospital told my parents to keep an eye on me throughout the night, and hours later I start demonstrating more severe signs of a severe concussion and ended up going into a coma for 24 days,” said Lindsay.

While in a coma, Lindsay’s doctors told her parents that if she lived, she would most likely spend the rest of her life in a hospital bed—a prognosis Lindsay’s dad adamantly disagreed with.

“My dad said, ‘Shut up, that girl is going to walk out of this hospital as your poster child,” said Lindsay.

After finally regaining consciousness, Lindsay then began a lengthy rehabilitation process aimed at helping her regain her motor skills.

“It was a very slow process,” said Lindsay. “It’s definitely not like the movies when you wake up and you’re ok.”

But eventually, all of Lindsay’s hard work paid off, and she ended up proving her dad right.

“It may have taken three or four hours, but between using a wheelchair and a walker for assistance, I did walk out of there,” said Lindsay.

Now, thanks to her responsibilities at the community, Lindsay’s smart watch tracks her walking four and a half miles a day around the campus before heading off to her second job at a local fitness center. And, after all of that, Lindsay still finds the time—and energy—to work out on her own.

It’s still not easy, the effects of her accident still inhibit her movement, but Lindsay’s motivation and overall outlook on life always propels her forward.

“I love to work out and do the best thing for my body to keep myself mobile and keep getting stronger,” said Lindsay. “I’m constantly trying to work toward a better, stronger and more capable me.”

As for her work at the community, Lindsay says it’s just another of the many blessings in her life.

“I just love to love people,” said Lindsay. “Being able to do that in a work environment and focus on the quality of life of my residents and bringing happiness and spending that time with the residents is just so rewarding and fulfilling.”

Lindsay’s commitment to her work also has a personal component.

“I had two family members who were put into a nursing home—not PMMA—and were probably not treated very well, so it feels like I can pay it forward by treating every resident as a family member of mine.”

She applied for the job because of a personal connection, too.

“My mom happened to work here in high school in the same department and same position. She loved it, and it was one of her ideas for me to apply for it because she loved it so much,” said Lindsay.

And while she has only been at Farmington Presbyterian Manor for less than a year, Lindsay’s positive energy and compassion for others has become well known throughout the community.

“She always has a smile on her face and a positive attitude that’s contagious. She has a kind and empathetic heart that shows through in her daily work,” said Keely Jameson, sales and marketing director at Farmington Presbyterian Manor.

Posted on
November 22, 2021
by
filled under
Employees
« Back to Blog