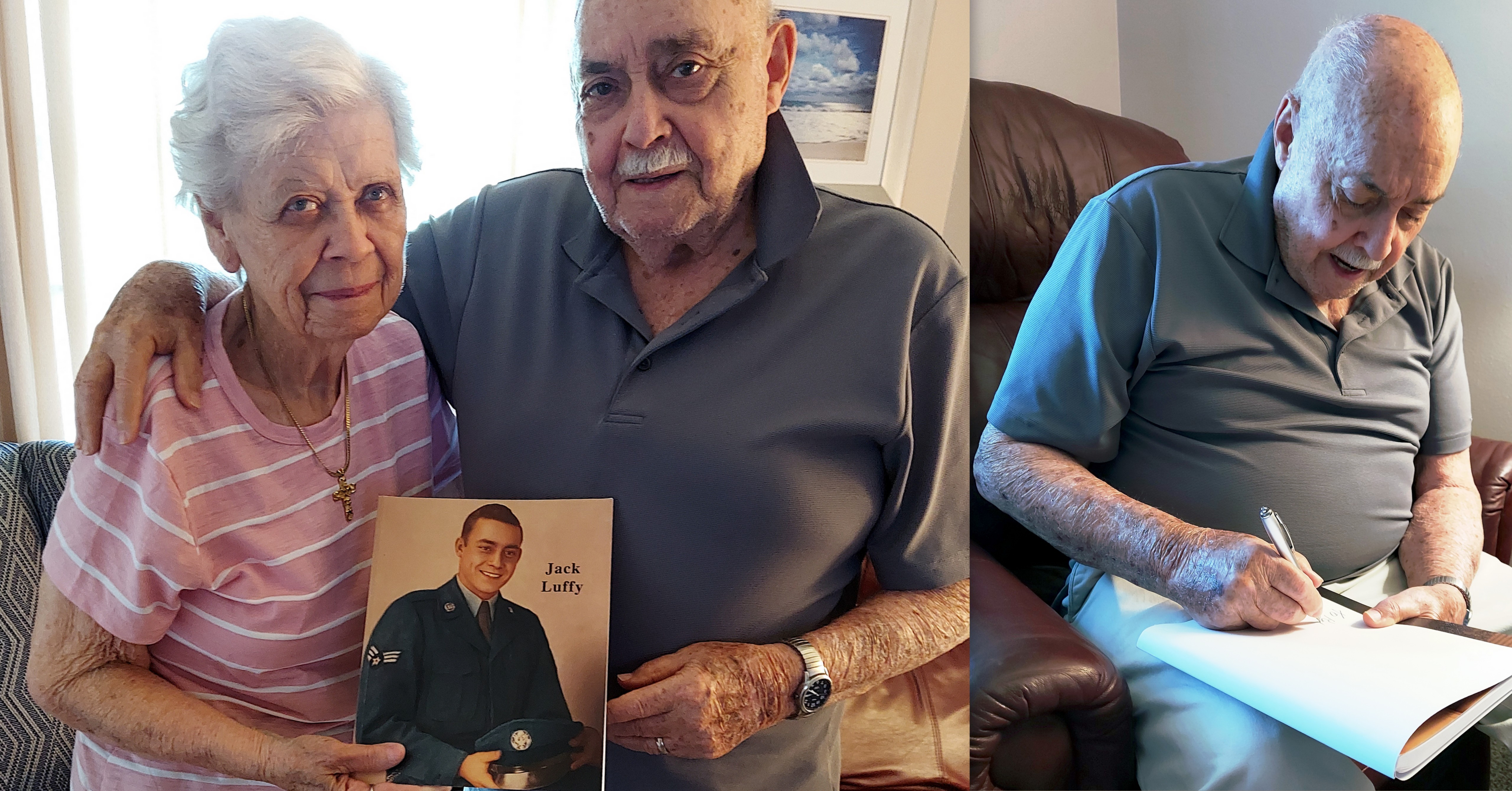 Stuck inside for the past year and a half with nothing but time on your hands can motivate you to do things you never thought you’d do.

For Jack Luffy, that meant writing a book.

“Writing is the furthest thing from my life,” said Jack. “I was a construction worker. I spent four years in the Korean War … I’m a person who likes to do stuff.”

The idea for the book, which is the story of Jack’s life, was initially conceived by Jack’s wife, Mary Miller, who felt that not only did he have a story to tell—but an obligation to tell it.

“I believe when you have had an interesting life, then you should share it. You should share it with young people and give them some experience to view their own lives,” said Mary. “They think, ‘I wish I had done this or done that,’ and it could encourage people to do the same thing.”

To give Jack both the space and the solitude he needed to write, Mary structured her own routine around Jack’s schedule.

“At about two o’clock every afternoon he’d say he was going to write for a while, so I’d go down and sew for two or three or four hours. Then I’d come back up, and we’d go back to our routine,” said Mary. “So, in the process of him writing his book, I quilted. It benefitted both of us. It kept me doing something I enjoy doing, and he got his book written.”

And within three months, the book was complete.

In it, Jack chronicles his time working for the Westinghouse Elevator Corporation, where he spent two years working on the second tallest building in Houston—a 72-story skyscraper with 50 elevators—along with stops in Washington, D.C., Los Angeles and four or five other destinations around the country.

He also tells the stories of the three Mary’s in his life – his mom, his current wife and his first wife—who he was married to for 57 years before she passed away 10 years ago. Together, Jack and Mary had four children: Denise, Dennis, Darryl and Dwayne.

“If we would’ve had a fifth child I had the name picked out—it was going to be called ‘Dammit,’” said Jack.

When it comes to the finished product, one of the things Jack is most proud of is his choice of words.

“There’s not one cuss word in the book, and believe me, I did a lot of cussing in my life,” said Jack.

As for a second book, Jack said it would probably be more of the same.

“It would be just a continuation of some of the subjects I have in there,” said Jack. “And maybe I’d remember some things I don’t have in there.”

If you’re interested in reading Jack’s book, he says all you have to do is ask.