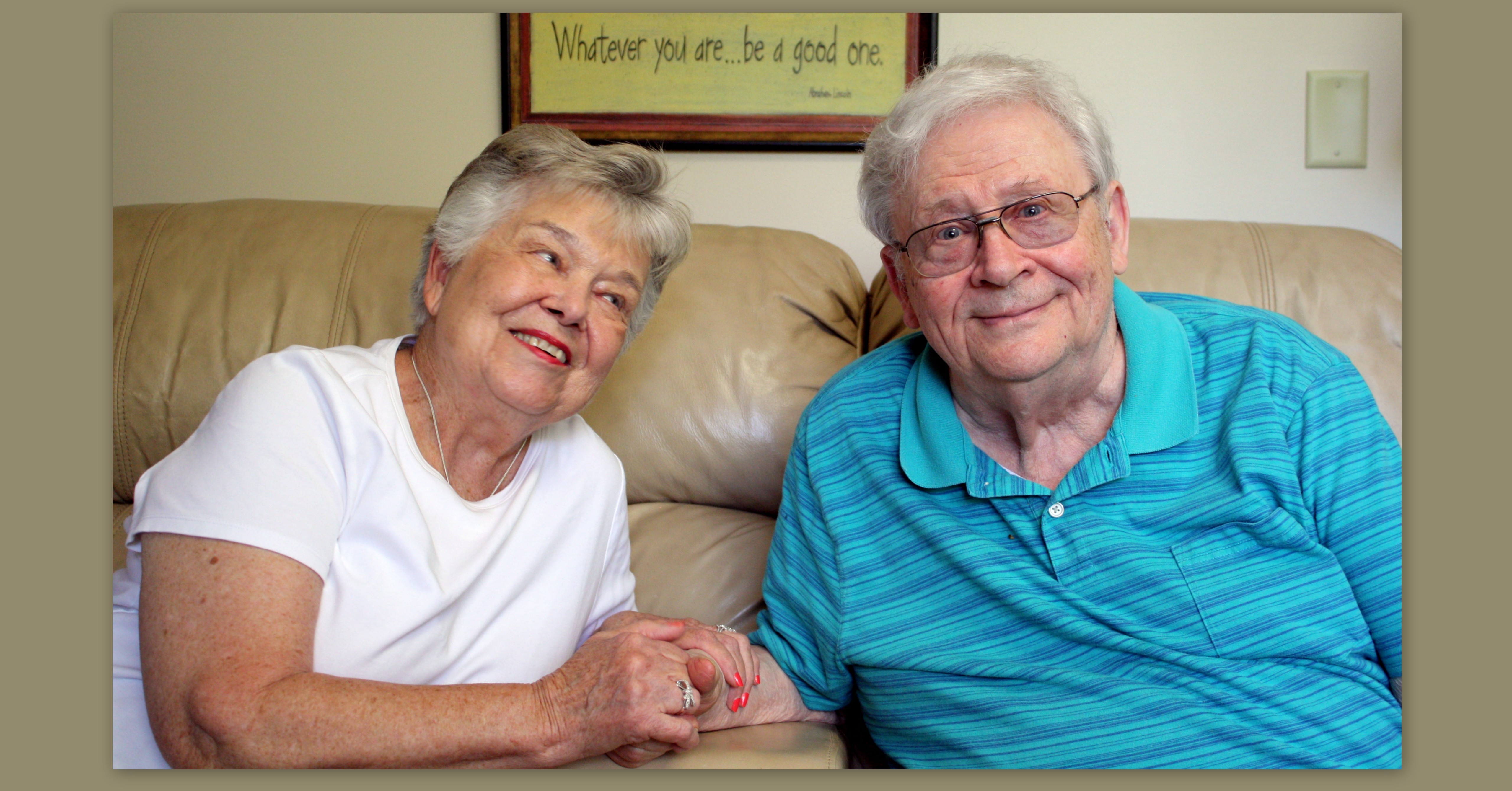 John and Stella Karl happy to be reunited in new home

When Stella Karl moved into Assisted Living back in June, her living situation was both brand new and decades old at the same time. Because while Stella’s surroundings may have been unfamiliar, her new roommate was definitely not—he was her husband of 63 years, John.

Stella and John hadn’t lived under the same roof since January and the two hadn’t even been in the same room since March, thanks to the COVID-19 lockdown.

“I hadn’t seen him, other than through a glass door, from March until I moved in,” said Stella.

While four months may not seem like a long time to be apart for most couples, it can seem like an eternity when you’ve been as inseparable as John and Stella have been for over six decades.

The Karls’ storied life together is something straight out of the movies, one that began thanks to a chance meeting and a somewhat uncomfortable situation.

“I had been dating the fella he was rooming with and when we were introduced, it was love at first sight. It wasn’t awkward, I just broke up with the guy I was dating and that was that,” said Stella.

Prior to their meeting, John was a paratrooper in the U.S. Army, a fact that Stella still finds  somewhat humorous.

“He’s scared to death to fly to this day, but he used to jump out of airplanes!” said Stella.

The two got married while John was finishing his degree at Marquette University in Milwaukee and immediately started a family—eventually bringing five children into the fold.

While John pursued careers in sales and customer services, Stella gave up her own career as a beautician to stay at home with the kids. However, she later became the owner of a women’s consignment shop (appropriately named “Stella’s”) which she was involved with for 35 years.

After retirement, John and Stella moved from their longtime home in Marion, Ill, to Farmington in order to be closer to family. Four years later, when John’s Parkinson’s progressed to the point that Stella could no longer take care of her himself, he moved into the Presbyterian Manor.

Now that both Karls are finally settled in, they are enjoying the full schedule of activities available to them within the community.

“They don’t just let you sit and feel sorry for yourself,” said Stella. “I think we’re busier here than we ever were.”

The Karls have also greatly appreciated the assistance provided by the community’s staff, and it has forced Stella to change her mindset somewhat.

“The staff is just ready to help with anything you need. I was trying to do most things by myself and they said, that’s why we’re here—I have to get used to that,” said Stella. “They bend over backwards to please you … it’s really a good place.”