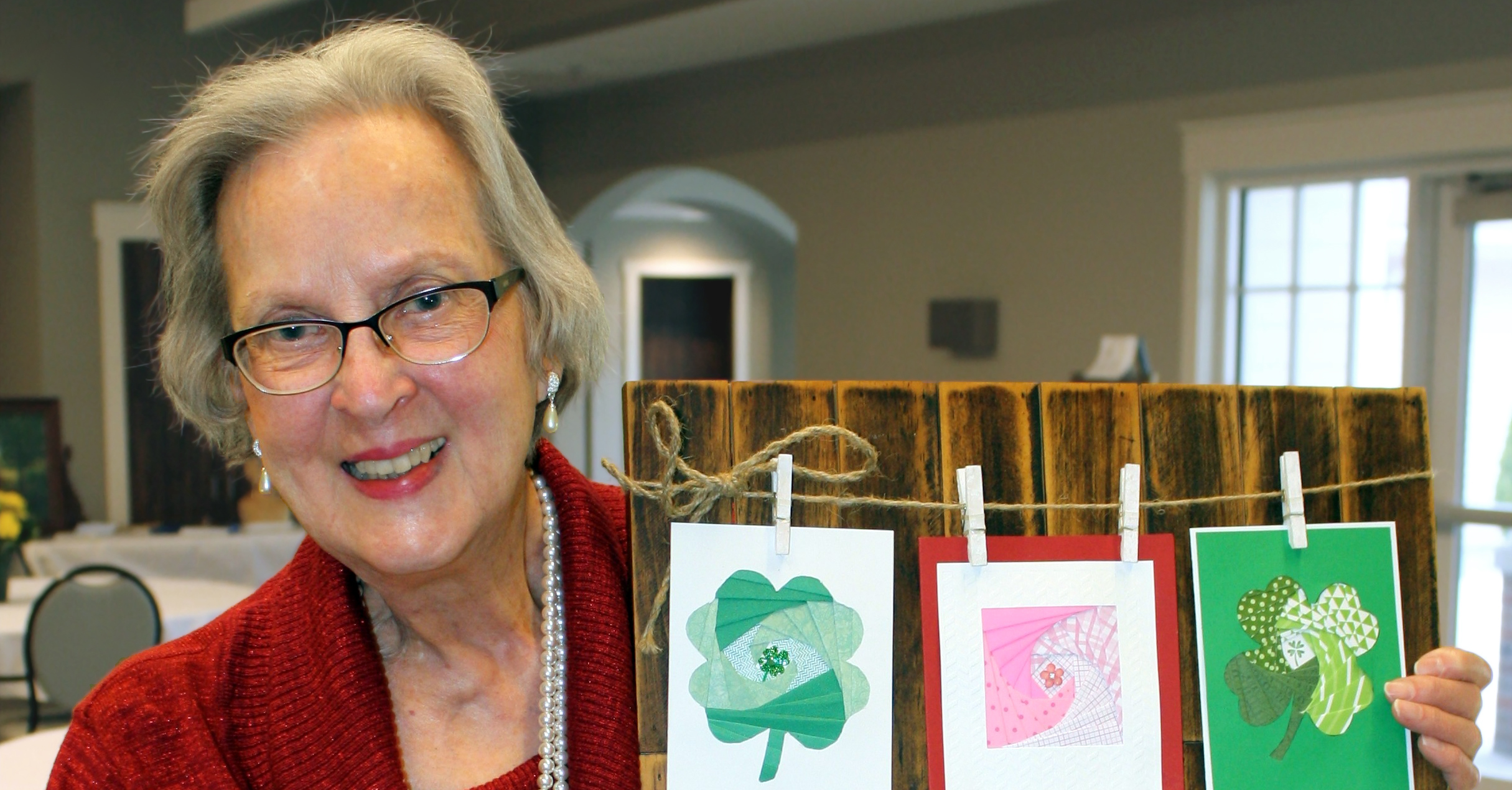 Farmington Presbyterian Manor resident Joan Hampton recently had one of her works of art selected as a local winner in the 2021 Art is Ageless® juried art competition. Her mixed-media piece entitled “Cards to Share” is also featured in the 2022 Art is Ageless calendar.

Joan got the idea for the piece, which is a set of hand-crafted greeting cards, during classes held at the community.

“There was a lady that used to come in and do artwork with us who had a friend who designed cards,” said Joan. “She came in on three different occasions and introduced us to the way she did them and provided the material, so some of the cards included in ‘Cards to Share’ were done with her and the others were created when my daughter got me a couple of card-making kits.”

This isn’t the first time Joan has entered Art is Ageless and won. In previous years she has been awarded top prizes in a variety of mediums including painting, sculpture and fiber arts.

When asked the secret to her versatility, Joan said it comes down to one thing.

“I just do what I feel like doing,” said Joan.

With the 2022 Art is Ageless competition just around the corner, Joan is already hard at work.

“I usually do three things, but hopefully I’ll just get the one I’m working on done on time,” said Joan.

Joan says she enjoys entering the competition because it allows her—and others like her—to express themselves and continue to grow.

“I think it’s great,” said Joan. “It lets people improve themselves and get out what they feel like doing and show their art.”

To learn how you can enter the 2022 Art is Ageless competition, or get a copy of this year’s calendar, visit ArtIsAgeless.org.

Posted on
December 26, 2021
by
filled under
Art is Ageless
Residents
« Back to Blog