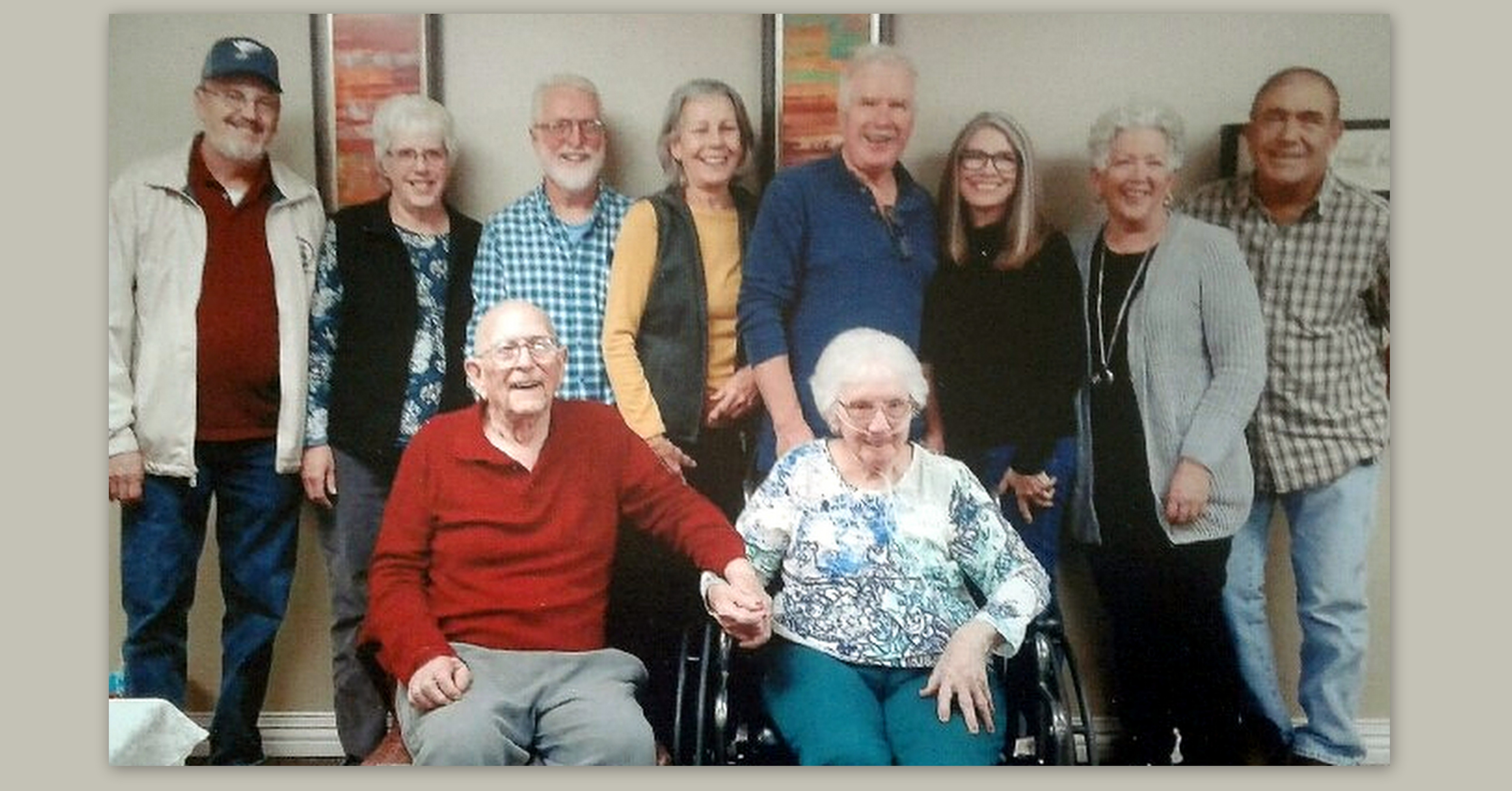 As told by Barb Flesh

Barbara Flesh spoke with admiration and respect for her parents Brant and Jane Houser, who recently gifted the Employee Scholarship Program at Farmington Presbyterian Manor with $10,000. The program grants funding to qualifying employees to advance in their careers.

Barbara said they are so appreciative for the excellent care her parents received on the Dogwood and Magnolia neighborhoods. Her mother spoke so highly of her caregivers, especially Charlene “Charley” the night nurse. The Scholarship Program gift is a testament to the appreciation of such intimate and loving care. COVID protocol brought challenges for everyone, and while the family was not able to visit their parents, they felt confident they were in good hands.

Education was very important to Jane. She studied history but really wanted a degree in library science. At that time library science degrees were only offered at Mizzou in Columbia. She had a family to care for, so this was not an option. She attended Jefferson College in Hillsboro, Mo., as the first non-traditional student and where she has a named endowment. She did, in fact, finish her history degree at UMSL.

“An interesting fact about my mother,” said Barbara, and goes on to explain that Jane had two brothers. Growing up in the 1940s, young boys were encouraged to go to college and pursue professions. Young women, not so much. Her brothers went on to achieve bright careers. One was a Pulitzer Prize winning writer for the LA Times and the other had a respected job at the U.S. State Department. She loved raising her family but always wondered “what if” and placed strong importance on education.

While the pandemic ensued around us all, Brant passed in November of 2020. Brant and Jane had celebrated their 72nd anniversary in September 2020. As sometimes happens with long lasting marriages, Jane passed away a month later in December (2020).

To join the Houser Family in supporting the Employee Scholarship program go to giving.presbyterianmanors.org/support-us-now/donate-farmington/.

Posted on
April 20, 2021
by
filled under
Giving
Residents
« Back to Blog