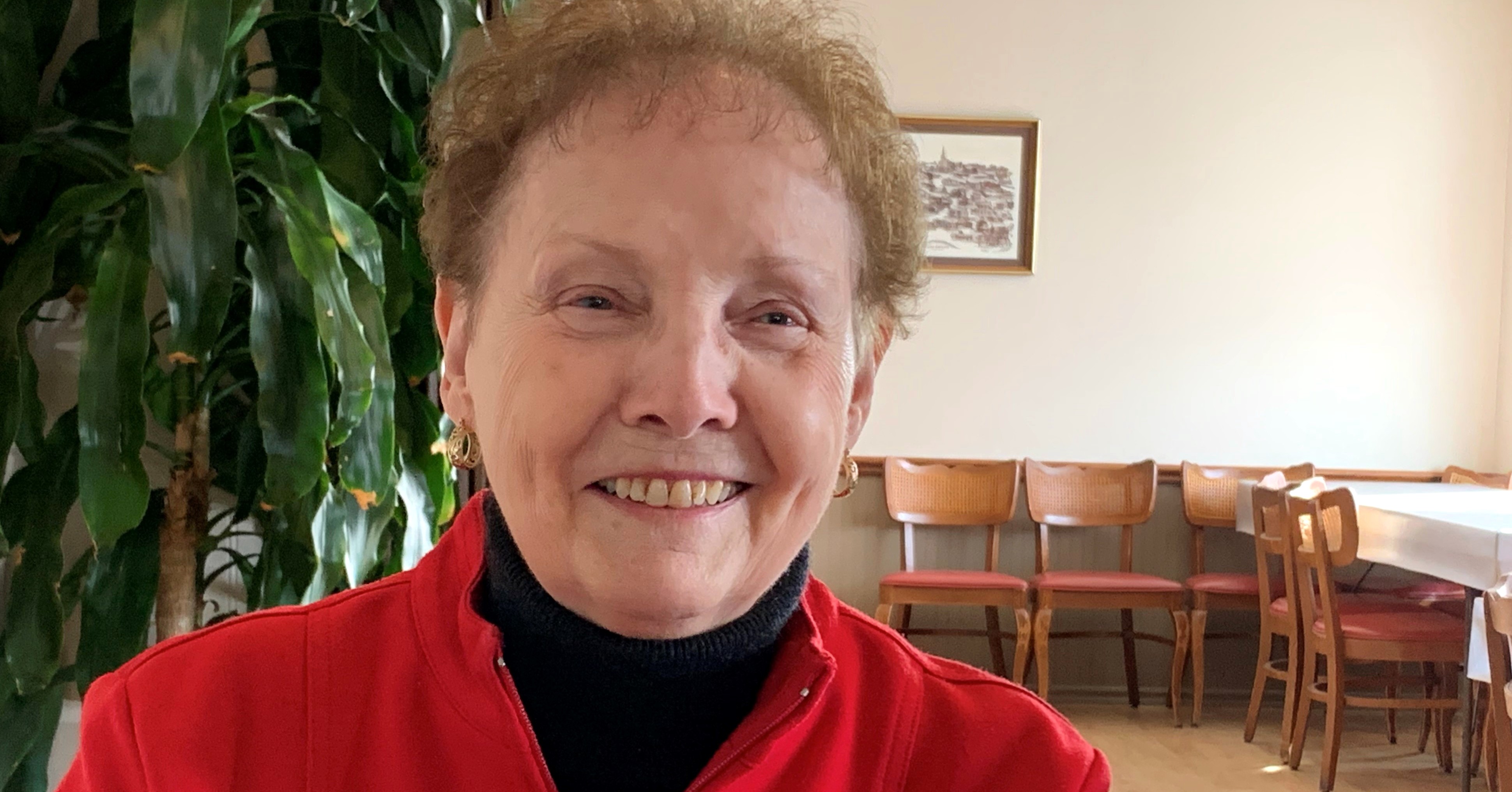 For Thelma Mitchell, Presbyterian Manor provided opportunity to reconnect with the world

Like most of us, the outbreak of COVID-19 and the social restrictions that followed left Thelma Mitchell feeling detached and depressed.

“I was living in my house in Park Hills, and with the virus, I was by myself every day. It was getting me down that I couldn’t have company or go anywhere,” said Thelma. “Before COVID, I was always doing something—going to exercise class, going to lunch with friends, going to Walmart, going to church—then all of a sudden it just stopped.”

Seeing the effect that the quarantine was having on her, Thelma’s daughter, Dora, recommended that she move somewhere where she could at least be in contact with others. The fact that Thelma’s husband, Kenneth, had lived at Farmington Presbyterian Manor and that she knew others in the community, made our community an obvious choice.

“I called her and said I was ready to go to Presbyterian Manor and she just said, ‘OK mom,’ and the next thing I know I’m here,” said Thelma.

Two months later, Thelma is settled into her new surroundings. However, the ongoing pandemic has meant that she and Dora have had to get creative in their own communication.

“She comes to my bedroom window and we’ll turn on our cell phones and talk,” said Thelma.

While Thelma says that the transition to living at Presbyterian Manor has been an easy one, she has had to get used to others doing things for her that she would have normally done for herself.

“My mother died when I was 15 and there were six of us kids, so I’ve always had to do my own thing,” said Thelma.

The other big change has come at mealtime.

Once the threat of COVID recedes, Thelma looks forward to meeting her new neighbors and reconnecting with old friends, including an old friend from church who just happens to live right next door.

“I don’t know how that happened, but it did,” said Thelma. “She’s wonderful and I always felt very close to her.”

To learn more about assisted living at Farmington Presbyterian Manor, contact Anne Allen, sales and marketing director, at aallen@pmma.org or 573-756-6768.

Posted on
September 22, 2020
by
filled under
Residents
« Back to Blog