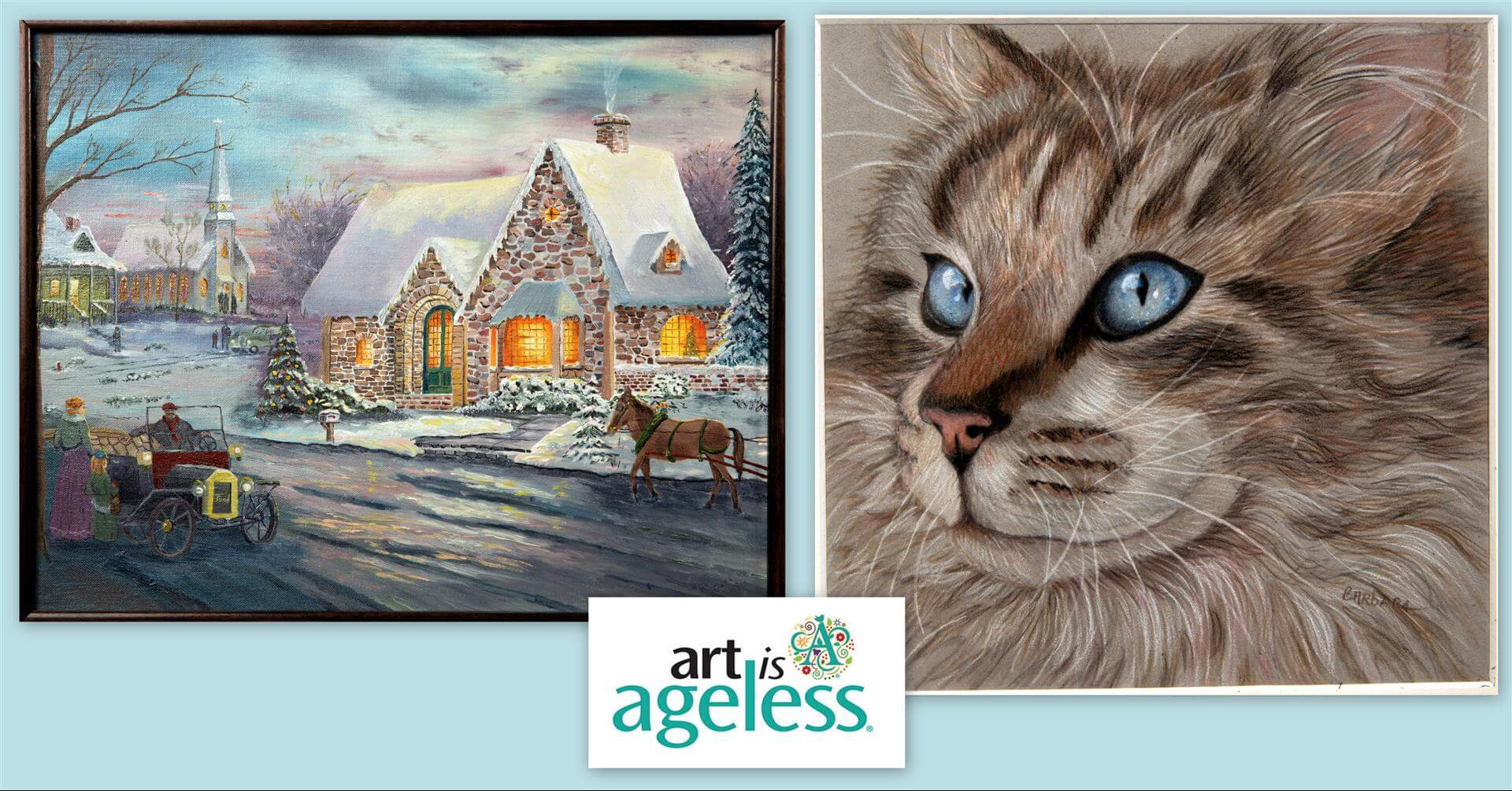 “Abstract Family,” a sculpture/3D entry by E. Dean Burns; “Canal at Navares,” a painting by DeeAnne Hansen; and “Canopied Path at Oak Alley,” a photograph by Juanita Rapp-Wyman, will be featured on the new pull-out postcards included in the 2020 calendar.

In addition, “Hey, Virginia, It’s Me!” a Christmas piece by Vada Galvan, will be featured on the Art is Ageless greeting cards.

Works by local winners are automatically entered into a masterpiece level competition with winning art from 16 other PMMA communities. More than 190 entries were received for this year’s masterpiece competition. The winners are featured in the Art is Ageless calendar with pull-out postcards and greeting cards.

“We are blown away by the artistic talent in our community,” said Anne Allen, marketing director at Farmington Presbyterian Manor. “Residents and friends of PMMA’s Art is Ageless program are proving that art, in any form, is an ageless ambition.”

Art is Ageless, open exclusively to people age 65 and older, is a copyrighted program of PMMA. For the competition, works must have been completed in the past five years.

PMMA’s Art is Ageless program encourages Farmington Presbyterian Manor residents and other area seniors to express their creativity through its annual competition, as well as art classes, musical and dramatic events, educational opportunities and current events discussions throughout the year.

Started in 1980, Art is Ageless is an extension of PMMA’s wellness programs, which focus on mental, physical, social and spiritual health. Learn more at ArtIsAgeless.org.

Posted on
August 10, 2019
by
Cindy PMMA
filled under
News
Art is Ageless
« Back to Blog