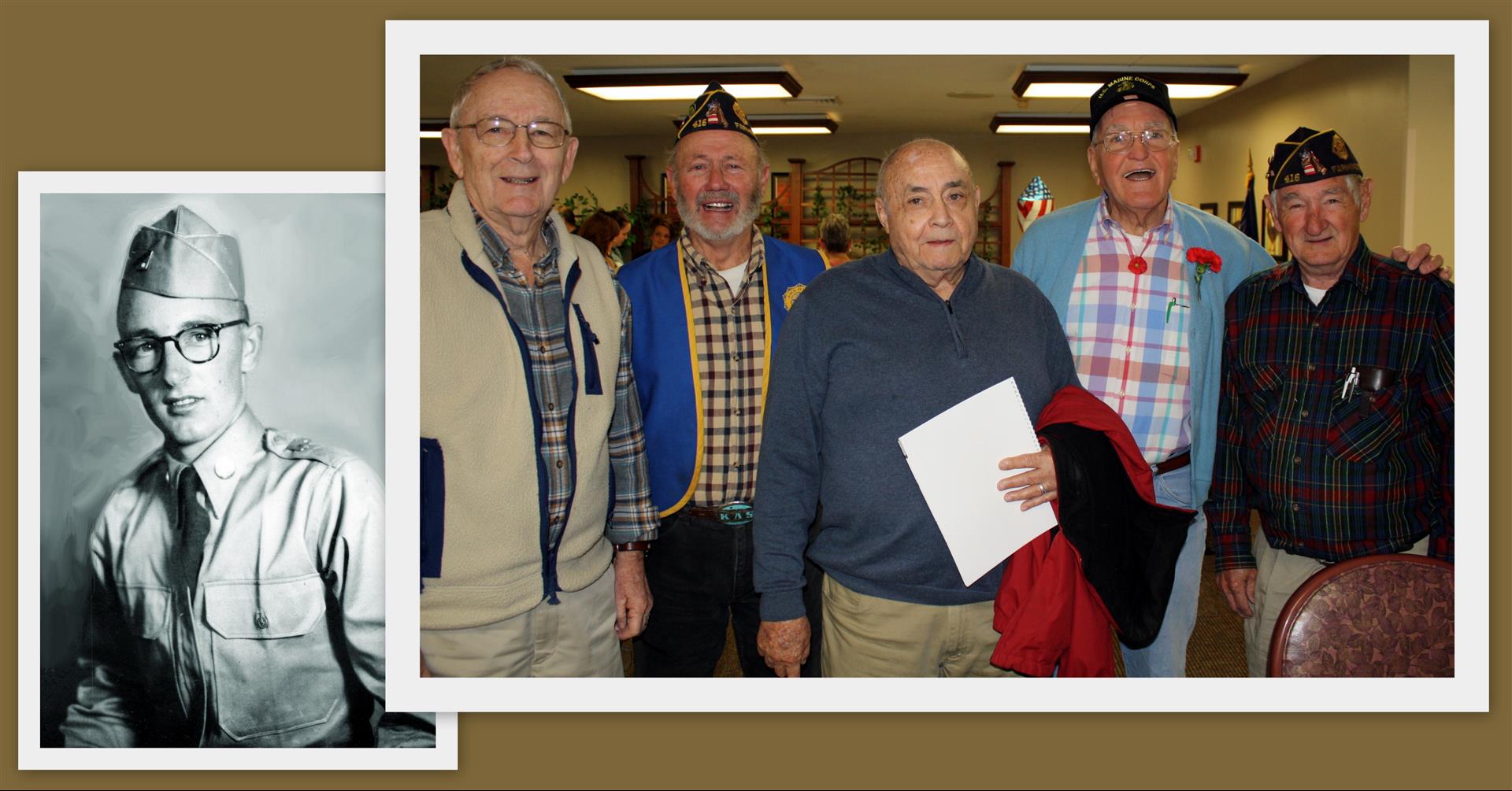 As we celebrate our veterans later this month, we’re putting the spotlight on resident Delmar Watts for his years serving our country.

Delmar was born and raised in St. Genevieve County, which is where he met his wife, Marilyn.

“We probably met at the small country church we were going to at that time. We later came to St. Francois County,” said Delmar.

When in Farmington, Delmar joined the National Guard and enlisted to serve in the war. But life events happened and changed those plans.

“I was classified as a 1-A and got my papers to go to service. My wife and I hadn’t been married long and she got pregnant. A good friend of mine who was a recruiter here for the Army told me I would be exempt from the draft because at that certain period of time they didn’t want to take men with children. My classification jumped from 1-A to 5-A, so I just stayed in the National Guard for about eight years. They put me in a motor pool, and I went to several different states for training. After I came out of service, I went into the Reserves. I was glad to join,” said Delmar.

Over the years, Delmar and Marilyn’s family grew with three daughters, six grandchildren and two great grandchildren. Outside of service, Delmar drove 18-wheelers hauling freight. After that, he worked for the local utility company for 30 years. In 2014, he and his wife moved to Colorado, but after the passing of his wife, he decided it would be best to move back to Farmington in 2016.

“I didn’t know where I wanted to go,” said Delmar. “My daughter called the Presbyterian Manor on a Monday and they said they had a spot opening and needed to know by Wednesday at the latest. In previous years, I had to make a lot of quick decisions, and I needed time to think about this. I waited until Wednesday and was ready. My daughter called the Presbyterian Manor back and they said it was ready and I could have it.”

Life in independent living as been the right fit for Delmar.

“I was on the road so much, I never learned how to cook. My wife was a good cook, so I wish I had learned. Then again, I have accommodations here so I can cook, I can get my meals if I want to, or I don’t have to show up. I think it’s the right place. I really like it here. This is where I want to be!”

PHOTOS: In the group shot, Delmar Watts is shown on the far left, with some veteran buddies at Farmington Presbyterian Manor's most recent Veteran's Day pancake breakfast. The other photo has Delmar as a young man in the service.

Posted on
April 14, 2020
by
Cindy PMMA
filled under
Residents
Veterans
« Back to Blog