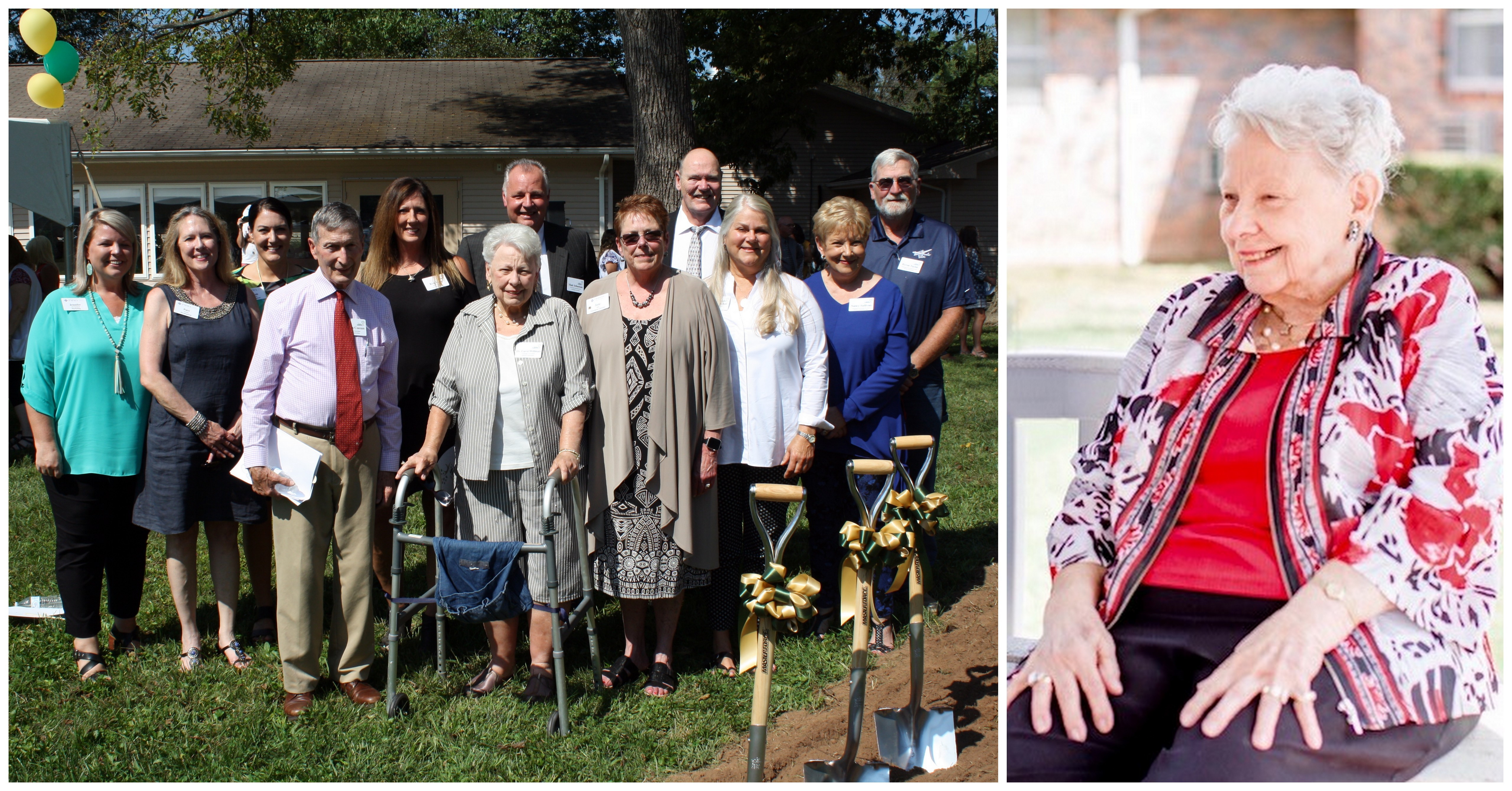 The world lost an incredible woman on March 23, 2020 when Carol Willman passed away. But her selfless spirit and generous soul will be felt throughout our campus for years to come as she left us with so many gifts over the past two decades.

Carol started her involvement with Farmington Presbyterian Manor in 2001 when she joined the mission committee. She left her first mark on our campus when she and her aunt paid to convert a room into the chapel.

It wasn’t until 2012 that Carol moved into our community after spending most of her life in the St. Louis area where she was born and raised. She lived in independent living for several years before moving to assisted living.

Carol volunteered her time to minding our gift shop three times a week for at least five years. She was delightful, dependable and always a smiling face for other residents. She would also fill in for anyone who needed it and take extra shifts if needed. "The gift shop was near and dear to her heart because she knew all sale proceeds directly benefited the residents,” said Teresa Pinkley, volunteer coordinator.

She was a member of the Alice Kalb Society, too. Carol believed so strongly in the mission that she left a generous gift to Presbyterian Manor in her will. And her contributions to the recent giving campaign place her in the Circle of Benevolence category of donors who gave $5,000 to $9,999.

“Carol Willman was at the heart of the Give. Gather. Grow. Campaign. She not only contributed financially, but also served on the campaign’s steering committee. She was so excited about this project, the garden area was of special interest. During her health crisis she still wanted to hear about the project’s progress, even picking out the color of the table linens.  She said she would do whatever it took to be there for the ribbon cutting. Much has happened in the world since then, but we do know Carol will be a part of the Fellowship Center’s spirit. Her generous gift and contributions of heart and humor are her lasting legacy,” said Patti Christen, regional director of development.

Giving didn’t just define Carol while living on campus, it’s how she spent her life.

Born and raised in St. Louis, Carol taught multiple handicapped children in the special education division of the St. Louis public schools until she was asked to go to London to develop a program for cerebral palsy children who had a second handicap. When her work in London was complete, Carol came back to St. Louis as a visiting professor and trained students to work with handicap students in the special education division. After retirement, she was asked to be the director of the Midwest Learning Center in Farmington, which she did in the 1990s until the Farmington School District took it over. She then returned to St. Louis where she volunteered with the Special Olympics, created Braille textbooks for the blind, and read novels for the blind.

“Carol was such a kind, caring and generous person. She was always concerned for the welfare of others as demonstrated by her support for our Good Samaritan program. Her generosity and involvement in so many projects through the years will benefit those who live, work and volunteer at the Presbyterian Manor for many years to come. Truly a beautiful lady – both inside and out,” said Jane Hull, executive director.

For more information in creating your legacy at Farmington Presbyterian Manor, please contact Patti Christen in the Giving Department at 316-734-2275 and pchristen@pmma.org.

Posted on
June 25, 2020
by
filled under
Residents
Giving
Volunteers
« Back to Blog