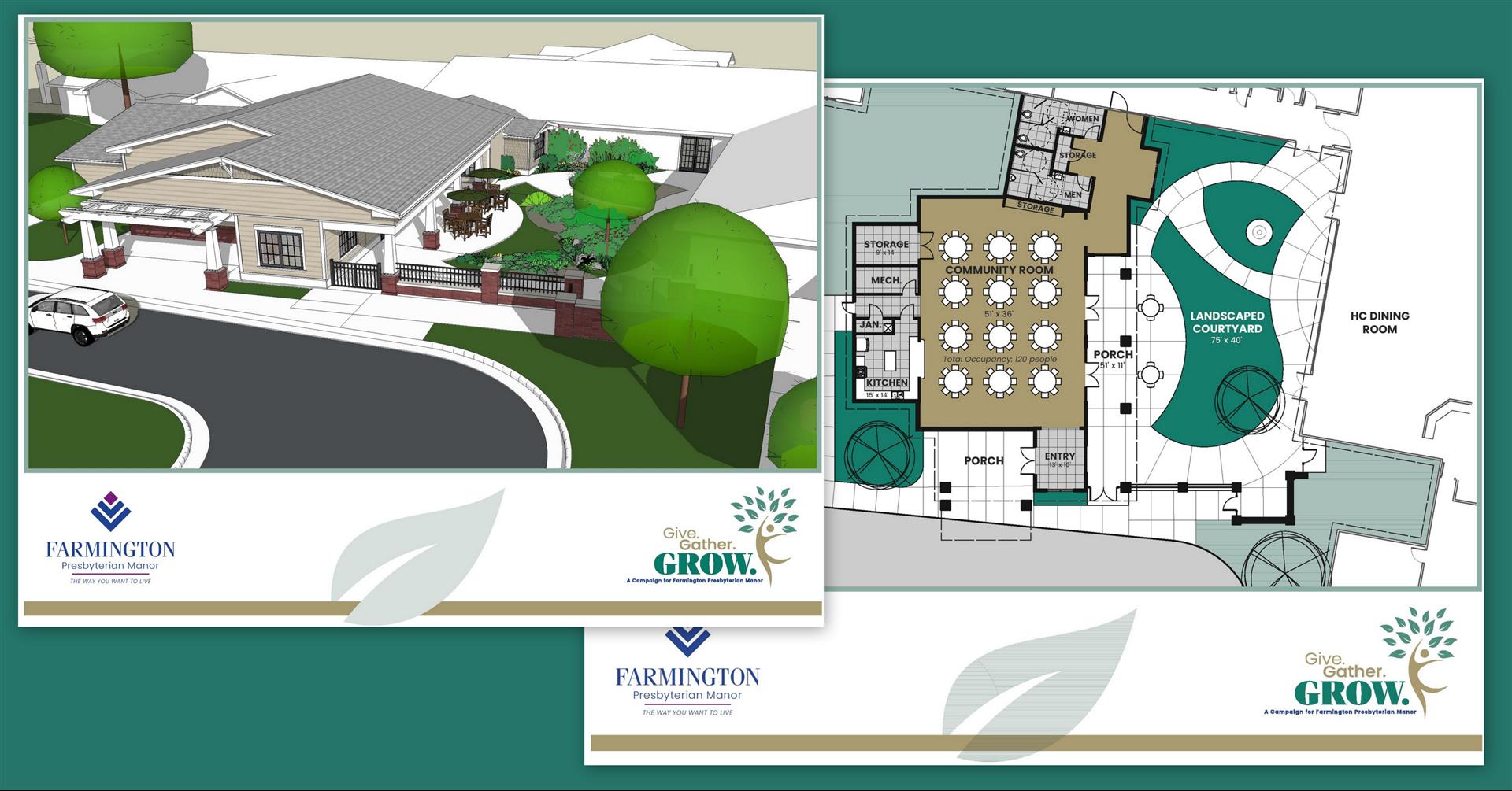 In addition, after looking at several other options, Byron’s mother and stepfather decided to move into the Presbyterian Manor in 2008, and it proved to be the right choice for the whole family. Kay has two sisters-in-law currently living at Presbyterian Manor, and she delivered mail to the residents as a volunteer for about a year from 2000-2001.

With all these positive connections to Farmington Presbyterian Manor, Byron and Kay decided they wanted to help this vision of the new Fellowship Center become reality. They have pledged a gift of $25,000 to the Give. Gather. Grow. capital campaign. Byron currently serves on the Presbyterian Manor Mission Committee and has agreed to serve as co-chairperson for the Fellowship Center Capital Campaign.

We are grateful to the Taylors for their generous gift to help our community grow! If you’re interested in learning more about the fundraising campaign dedicated to building a fellowship center, covered outdoor patio with dining space and garden area for our community, contact Patti Christen at 316-734-2275 or email pchristen@pmma.org.

Posted on
May 21, 2019
by
Cindy PMMA
filled under
News
Quality
Giving
« Back to Blog